In Summer ‘19, we introduced a new feature to help track not only project progress but actual Task progress as well.

Taskfeed Tasks are always contained within a List on the Board, like Not Started, In Progress, Waiting or Complete ( of course, they can be renamed to suit your own business process).

Lists are more than simply placeholders for Tasks - they also control some of the behaviours of the tasks when they are placed or moved to that List. For example, the Complete List marks tasks as Complete.

Each List on the Board is now identified with one of these specific Types: Inactive, Active, or Complete.

A Task is never in more than one list at the same time on a Board. As each Task moves from one list to another on the Board, the List Type represents a Task’s current state at that point in time. A Task can either be at Active, Inactive, or Complete.

No matter what the Lists are actually named in your organization, whether they’re called “Not Started” or “To do”, “In Progress” or “Doing” or “Kickoff”, each List will have a corresponding Type. 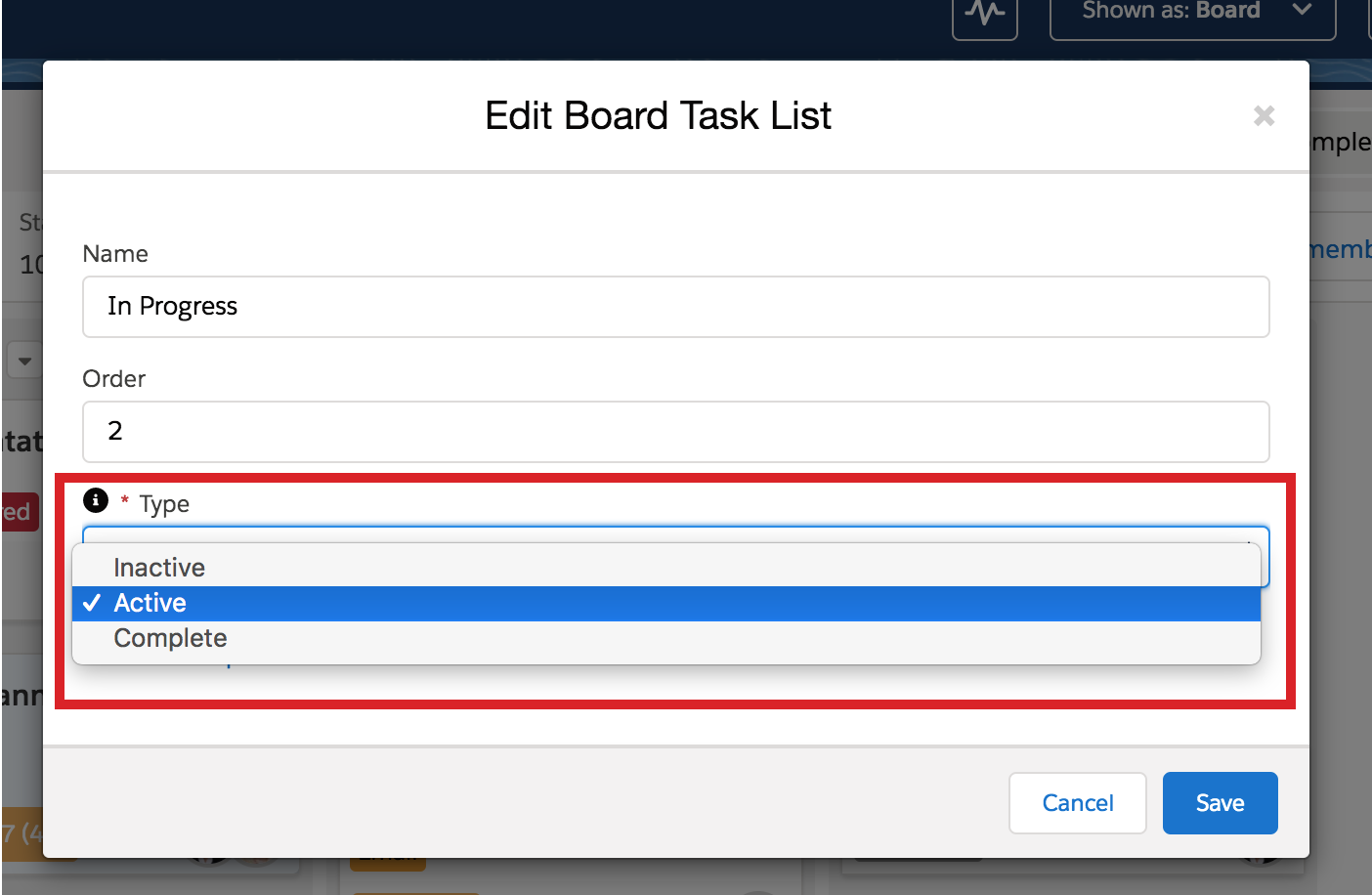 The Type of the list not only represents whether a Task is being actively worked on but also calculates how many days it remained Active from start to finish, regardless of its scheduled dates.

How does it work?

When a Task is moved from a list that is Inactive (e.g. Not Started) to a List that is Active (e.g. In Progress), Taskfeed updates a checkbox on the Task in the background to  and sets a time stamp on the Task to show when it entered this ‘Active’ state (Active Date). The Start and End Dates on the Task remain unchanged (unless you reschedule it, of course!).

When that Task is eventually marked as Complete or moved to a List where the Type is Complete, Taskfeed updates the task to Complete = TRUE. It also sets another time stamp on the task - the Complete Date.

With the List Types and Active Date timestamp in place, it is possible to determine how long a Task remained “active” for, regardless of the predefined Duration based on its Start and End Dates.

When A Task is moved from an “Active” list to another List on the Board of the “Inactive” type, then it would no longer be considered “Active”.

Likewise, once a Task is moved to a “Complete” list, it is also no longer active. 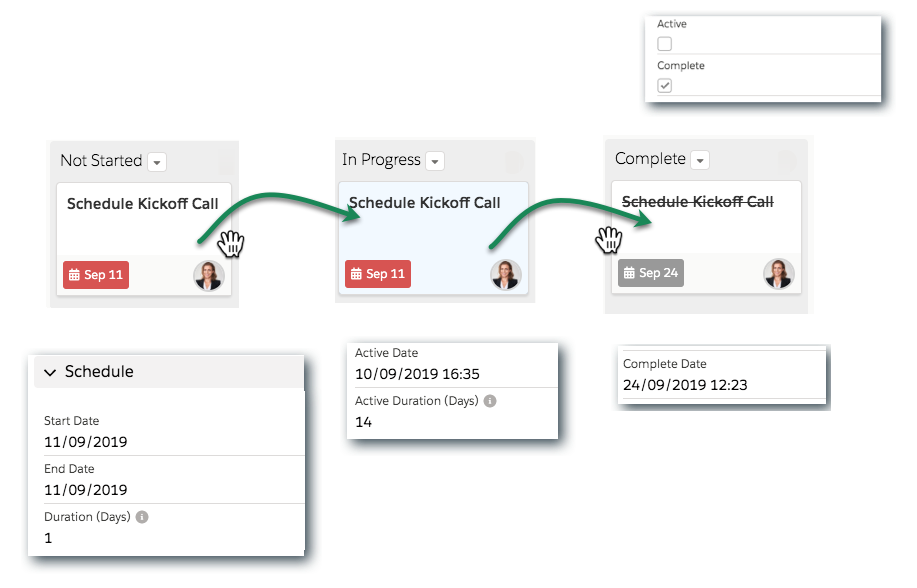 The simple answer is yes. Even if all your lists are Inactive, a List must have a predefined Type. If you were using Taskfeed prior to July 2019 and recently upgraded to Summer ‘19, all the Lists on your active boards will need a type. Your Salesforce Administrator can click a button within the Taskfeed Application Settings to run a script that will set a default List Type for your Lists.

We use Custom Lists. Can we set their Type from a Template?

Yes, you can. Taskfeed Admins can modify existing List Templates, adding a column in the List Template source file for Type and defining a Type value for each List. The value can either be Inactive, Active, or Complete.

Only future boards will have those values applied. To modify the Type value in existing Boards, Taskfeed Admin Users or Taskfeed Super Users will need to edit each List manually as needed.

Q. What happens when a Task goes from an Inactive List (such as Not Started) straight to Complete? Will it have the “active” timestamp on it as well?

A: In this case, when a completed Task did not spend any time in any “Active” lists, the Active Date for that Task will be the same as the Complete Date and the Active Duration will be 0.

Q. Should a List called Schedule be of the “Active” or “Inactive” type? E.g. A list named Scheduled would be used when tasks such as Customer Calls and Meetings have been scheduled but not yet completed. They are typically moved from Not Started but are neither Waiting nor In Progress.

A: In this particular case, a single-day Task that is Scheduled will only have 1 day of actual activity, so that list can be of the Inactive type. But it’s up to you.

Q: I’m seeing a Hold list Type as one of my options. What does it mean?

Hold is a legacy Type value that is no longer being used in the latest version of Taskfeed.

We have made changes to increase our security and have reset your password.